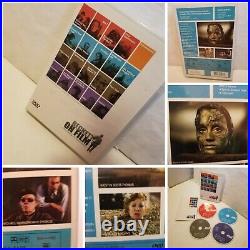 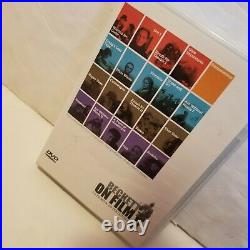 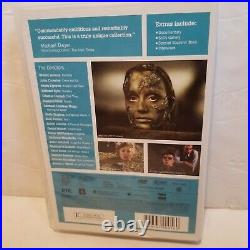 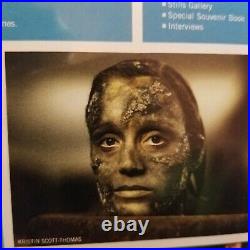 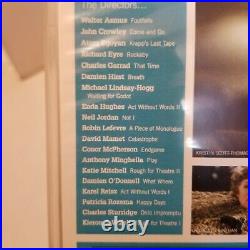 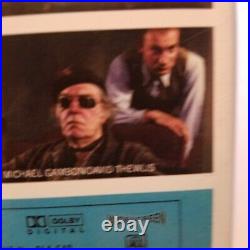 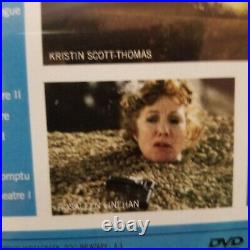 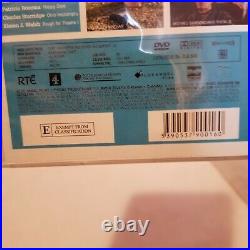 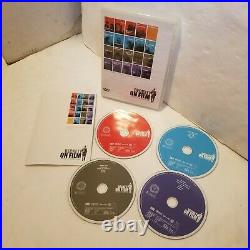 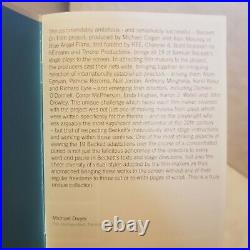 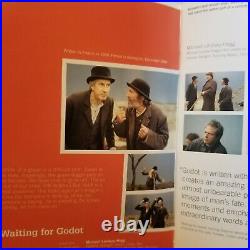 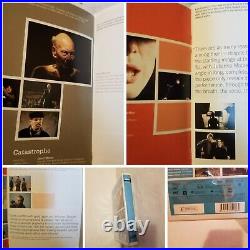 Each has their own secure spot inside. Includes booklet full of details and pictures! This acclaimed film project includes all 19 plays of Samuel Beckett, considered the most significant Irish playwright of the 20th century.

Color and Black & White. The hugely ambitious Beckett on Film project gathered together 19 different directors to turn the 19 stage works written by Samuel Beckett into films. The range is vast--from the 45-second Breath to the two hours of his most famous play, Waiting for Godot--but all the works reflect Beckett's penetrating obsessions with memory, regret, and the simple, excruciating experience of being. Not every film succeeds--like all great theater, Beckett's plays demand interaction with a live audience to express their full intent--and though scholars tout Beckett's every word as genius, several works are slight (Catastrophe, Ohio Impromptu, or What Where will leave many viewers unimpressed). But all the plays feature Beckett's uniquely distilled language; the greatest of them--including Waiting for Godot (in which two tramps pass the time while they wait for someone who may never come), Endgame (in which a blind man and his lame servant bicker and joke as the world declines), and Play (in which a love triangle is bitterly recalled by two women and a man in urns)--are astonishing in both their potent humor and piercing grief.

Though Beckett's stature drew in an impressive array of directors (including Anthony Minghella, Patricia Rozema, and Neil Jordan) and actors (including Jeremy Irons, Julianne Moore, Alan Rickman, Kristin Scott-Thomas, Michael Gambon, and John Gielgud), some of the finest work comes from relative unknowns. But the gem of the collection is Krapp's Last Tape, about an old man revisiting his life through recordings he has made throughout his years. It's the perfect marriage of text, actor (the incomparable John Hurt), and director (Atom Egoyan, The Sweet Hereafter); in their hands, the play spins from deeply funny to deeply sad, all with only the slightest dim of the light in Hurt's eyes. 10 hours and 47 minutes. Multiple Formats, Anamorphic, Box set, Black & White, Color, Dolby, NTSC, Widescreen.