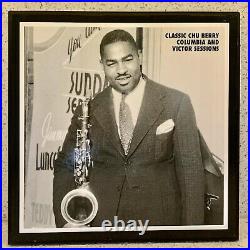 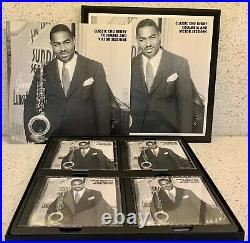 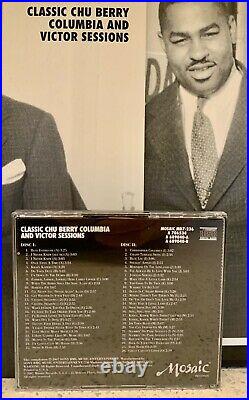 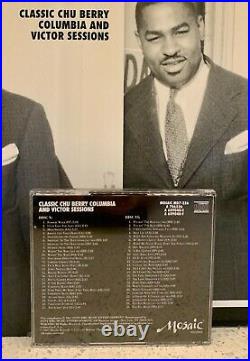 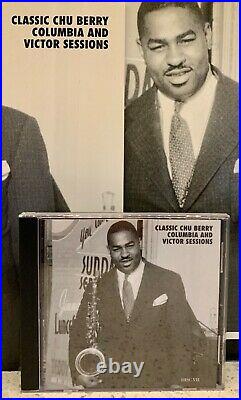 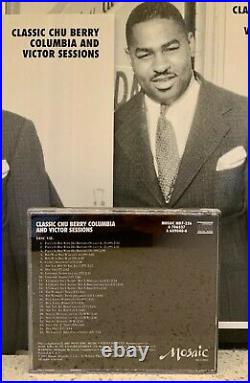 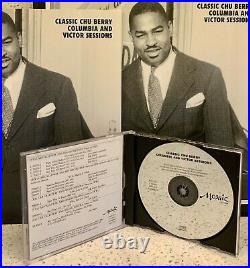 5,000 Limited Edition numbered 2931. This is a comprehensive collection with countless pivotal sessions. It features 203 separate recordings on seven CDs and collects both the sessions led by Chu Berry and the sessions where he contributed significantly as a sideman. You can study his remarkable surefootedness as a soloist; remember an era where evolution in the music was running rampant and Chu Berry's tenor saxophone was one of the things making it run.

O Key recordings by Fletcher Henderson. O One of the greatest sessions ever by trumpeter Henry "Red" Allen. O The final recording session by the incomparable Bessie Smith. O A session led by Gene Krupa with Benny Goodman and members of the Fletcher Henderson band. Of 203 tracks collected here, over half come from dates led by Cab Calloway or Fletcher Henderson.

Other leaders represented on multiple sessions are Lionel Hampton, Wingy Manone and Teddy Wilson (sideman recordings that featured no Berry soloing are not included). But each of these associations featured saxophone masterpieces that were admired by up-and-comers of the time, from the exciting work for Calloway in tandem with the young trumpeter Dizzy Gillespie to the stunning "Limehouse Blues with Manone's trad-swing crossover band or "Sweethearts On Parade with a small Hampton combo. Saxophonist Charlie Parker certainly paid attention and there can be little doubt that Berry was the primary influence on the first real modern tenor player, Lucky Thompson (himself nearly forgotten). Even aspects of John Coltrane can be traced back to Berry, if indirectly.

All of this would be more than enough to make this release the front-running candidate for Box Set Of The Year. The presence of trumpeter Roy Eldridge, singer Billie Holiday, saxophonist Benny Carter and dozens of other swing masters doesn't hurt a bit, either. Spectacular sound transfers allow us to hear things far more clearly than before and Schoenberg's notes add immeasurably to our enjoyment.

He consistently calls our attention to things we might miss, like the contributions of drummer Dave Tough, the way guitarist Allen Reuss and bassist Israel Cosby work together, or the fine playing of trumpeter Irving Randolph. Mosaic has set the standard for throwing the spotlight on musicians relegated to the shadows, but they have never made a better job of restoring a musician to his rightful place in the jazz pantheon than they do here for the great Chu Berry. Classic CHU BERRY Columbia & Victor Sessions.

This item is in the category "Music\CDs". The seller is "johngw-half" and is located in this country: US. This item can be shipped worldwide.