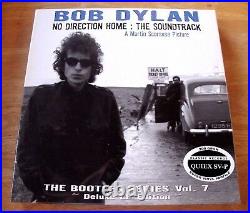 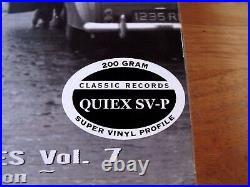 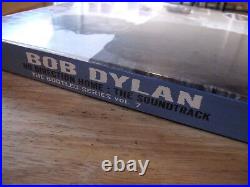 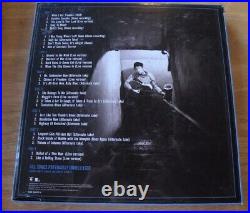 As part of that series Classic developed an "authentic" 200 gram LP profile that replicated that of an original Blue Note record from the 1950's. Comparing a test pressing on the new profile versus the same title on the normal 180 gram pressing it was discovered that the 200 gram version sounded significantly better. The 200 gram pressing sounded louder, with more definition and solidity of notes across all frequencies and there was more detail - particularly low level detail like room or hall sounds, pages being turned, musicians whispering and automobile sounds outside the studio all became easier to identify.

At first it was speculated inside Classic Records that the extra weight resulted in the better performance as no one could come up with a better answer given that the stampers were the same as well as the vinyl pellets used on both 180g and 200g pressings. One day, Michael Hobson, the founder of Classic Records was discussing this unexplainable sonic discovery with the Legendary Mastering Engineer and Sheffield Records founder, Doug Sax when Doug, without hesitation stated "Ah Michael you've discovered the difference in a flat versus conventional profile".

Puzzled, Hobson asked for an explanation which Sax described as going all the way back to 1950's mono pressings and what happened when stereo records came out in the early 1960's. Sax explained that in the 1950's when mono records had no vertical modulation (only lateral), pressing PolyVinylChloride PVC (plastic) records were more easily pressed on "Flat Profile" dies fitted to the pressing machines since the grooves on the mono stampers were all the same height (no vertical modulation).

The new profile was "concave" rather than flat. When you put a flat stampers onto the concave dies the stampers distort and are no longer flat - the grooves are no longer perpendicular across the stamper and by association across a finished vinyl pressing.

This new die profile created "back pressure" on the flowing vinyl and solved the "non-fill" problem with stereo pressings and resulted in higher yields which was great for pressing plants and good for record companies who wanted good prices on pressings. The problem was and still is that the new profile records don't sound as good as they could because they are not flat across their profile. Using a micrometer across the diameter of a 1950's mono records reveals that the thickness is virtually the same across the record's diameter from center label to outer edge but not so for a newer stereo profile pressing which is convex across its diameter resulting from the concave profile dies / distorted stampers. This is the dirty little secret that Classic had rediscovered was known to old school experts like Doug Sax who founded Sheffield Labs in the 1970's.

After the discovery, Classic Records never looked back and all of its releases and re-pressings after 2003 were on the new 200 gram Flat Profile dies that were specially made for Classic. Some years later Classic discovered that the very same profile was used by JVC in Japan to produce the legendary UHQR pressings for Mobile Fidelity which are well known to sound better than the conventional Mobile Fidelity pressings of the same titles - it all makes sense now. The long and the short of this is that Classic 200g Super Vinyl Profile (Flat Profile) pressings are as good as it gets for proper playback without groove distortion from non-flat pressings - Period. Check out our store for more Classic Records! (most records are not play-graded, but if so indicated above, have been graded by a sampling of the beginning of both sides of the record) Still Sealed/New : Never opened... Still in original shrinkwrap and brand new.... Any tears in the shrinkwrap will be noted in description. NM : Played once or twice, no flaws, but a remote ever-so-slight amount of that shiny luster may be gone.

Jacket will be virtually flawless, slightest signs of wear, maybe one bumped corner, or a hint of edge wear. Shrinkwrap, if still on, may have some stickers on it or minor tearing. The jacket may have the very lightest signs of ring wear, some light corner or edge wear, maybe an old price sticker or two, that should peel off with the proper guidance. VG+ : Record will have some light marks (light scratches and light sleeve scuffs), and it might make an occasional pop or crackle in parts, but will not even come close to overwhelming the listening experience.

Still a very desirable grade.. As for the jacket, it will start to show more signs of wear than a VG++ jacket, the ring wear may be slightly more evident, the edge wear or corner wear may be more defined as well. VG : Record may have several scratches and scuffs, though aside from some popping and crackling, will still be an enjoyable listen. The jacket will have far more wear than the previous grades, such as: edge wear to the point of some seam splitting(the kind that can be repaired with tape or other means), ring wear(not terrible, but still distracting from the image), edge and corner wear, minor writing or a few stickers, or other similar defects.

VG- : Not terrible, usually represents 1 or 2 "ugly" marks or scratches, might be a little sketchy in a few spots, other than that would fair as a VG record. The jacket will show significant wear - ring wear, seam splits(still should be able to be taped up for repair), some writing and/or stickers, edge and corner wear, or other similar defects.

Good/Fair/Poor : Filler only, not recommended for listening. We strive to describe our items with the highest level of accuracy. This rate does not apply to special items such as box sets containing 2LPs or more. Custom delays could be expected on high priced items. We appreciate 5 star feedback and will do our best to work with you to earn it.

The item "Classic Records C2K 939371 Bob Dylan No Direction Home 4-LP Box Set 200 Gram NEW" is in sale since Tuesday, November 9, 2021. This item is in the category "Music\Vinyl Records". The seller is "postitos" and is located in Los Angeles, California. This item can be shipped worldwide.