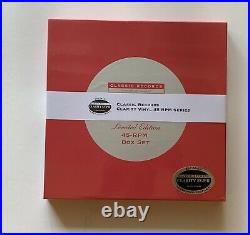 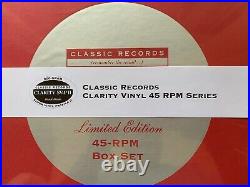 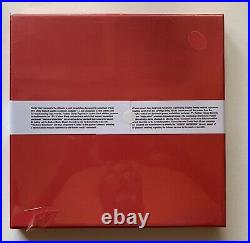 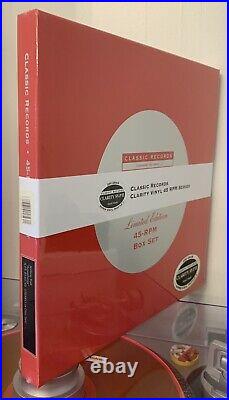 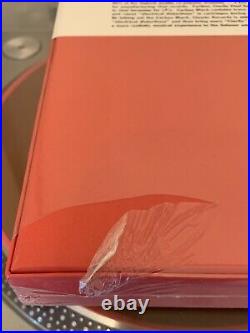 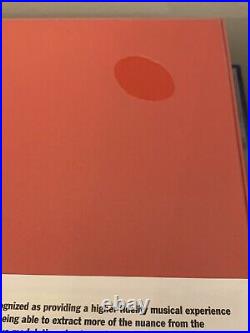 The genesis of the new formula came as a result of a visit to High End Audio's self proclaimed Vinyl Guru Michael Fremer's Analog Laboratory. Fremer demonstrated a Furutech LP demagnetizer. After using the demagnetizer, vocals had so much more texture, bass definition and clarity of every nuance of the recording was vastly improved and there was more low level information than we had ever heard in the recording. Why did the demagnetizer had the sonic effects on a record?

Very simply the carbon black that is ADDED to vinyl for LP manufacture contains trace metals that become randomly magnetized and interfere electrically with the cartridge hanging overhead during play. If carbon black and the trace metals contained therein caused playback distortion in the cartridge then why not take out the carbon black altogether? Classic Records Clarity SV-P II Clear Vinyl is the answer! Clarity Vinyl represents the ultimate in vinyl formulations because it is comprised of over 90% percentage of the highest quality co-polymer available - a key component in vinyl pellets used for manufacturing vinyl records. Further, Clarity Vinyl has no carbon black additive, common in vinyl formulas for LP's. Carbon Black contains trace metals that become magnetized and cause "electrical distortions" in cartridges during playback that smears the sound. By taking out the Carbon Black, Classic Records is able to dramatically reduce the "electrical distortions" and thus bring more "Clarity" to the playback process, providing a more realistic musical experience to the listener and LP enthusiast. 1971 saw the release of some of the greatest pop/rock albums of all time. Imagine, Pearl, Sticky Fingers, Whos Next, Tupelo Honey, Surfs Up, Fragile, Led Zeps IV, Muswell Hillbillies, Tapestry, Whats Going On?

And both Madman Across the Water and Tumbleweed Connection are just some of the iconic titles that hit the stores that year. Add Aqualung and thats quite an output for a twelve month span. Generally considered the pinnacle of the bands recorded output, front-man Ian Andersons songwriting was quickly evolving from British folk-blues roots and helping define prog-rock. While definitely pushing the envelope for the era in taking on the subjects of God and organized religion, it was guitarist Martin Barre who was establishing equal ground with.

S flute as an instrumental voice of the band. Joining Tull after Toni Iommi (Black Sabbath), who himself had replaced original guitarist Mick Abrahams (Blodwyn Pig, Mick Abrahams Band), departed after only a few days, both Barres opening riffs and lead breaks became indelibly imprinted to generations of classic rock. Songs such as My God, Hymn 43, Locomotive Breath, Cross-Eyed Mary, Wind Up and of course the title tune became FM radio staples and are in-demand concert favorites to this day.

Up To Me My God 7. THIS IS CERTAINLY ONE OF THE VERY BEST SETS OUT THERE VERY ELEGENT DESIGN AND FINISH ALL AROUND.

FACTORY SEALED OUT OF PRINT PRODUCT is IRREPLACEABLE and therefore NOT RETURNABLE. PLEASE STAY TUNED IM LISTING SEVERAL GREAT/ COLLECTIBLE AND SUPER RARE LPs including OOP (out of print) Picture LP's IN COMING WEEKS. All records are mailed in sturdy cardboard LP mailers with proper padding/ supports. If you have any questions or comments, please contact/ communicate. High Quality BLU-RAY MOVIES & audiophile LPs.

The item "Jethro Tull Aqualung Classic Records 4LP 45 RPM Clarity Vinyl Box Set SEALED OOP" is in sale since Wednesday, May 12, 2021. This item is in the category "Music\Vinyl Records". The seller is "spinitvinyl9" and is located in Alexandria, Virginia.