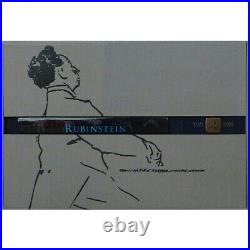 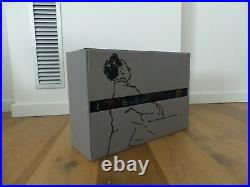 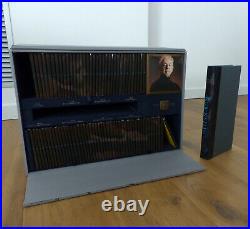 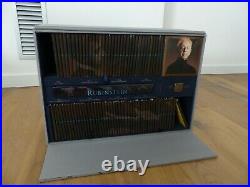 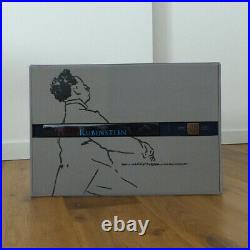 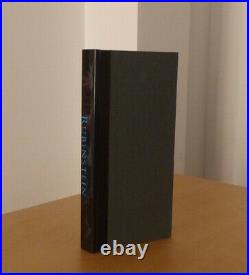 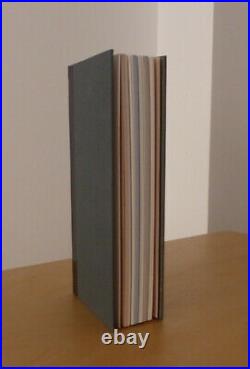 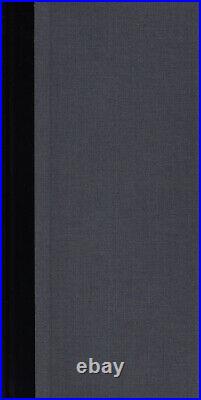 On offer here is the original "Rubinstein Collection", first released in 1999 in a deluxe cabinet-like case holding 82 volumes in handsome hardcover digi-packs with liner notes in English, German and French. The 82 volumes contain a total of 94 CDs featuring 106 hours of music. In addition to all of the studio recordings Rubinstein made for HMV and RCA, this set also includes four previously unreleased recordings, two "live" recitals, and two bonus discs containing unissued recordings and interviews. BMG's description was as follows.

The Rubinstein Collection presents 82 volumes of recordings in approximate chronological sequence: The first nine volumes cover sessions for HMV between 1929 and 1939, combined with additional British recordings made just after World War II. Volume ten begins a panorama of Rubinstein's American releases for RCA Victor during the late 78rpm and early long-play eras, including remakes of previously recorded repertoire and a considerable body of new works such as Szymanowski's Symphonie Concertante, Grieg's Ballade, and Beethoven's Waldstein Sonata. The remainder of the Collection is primarily devoted to the stereo releases Rubinstein taped from the age of 69 until his retirement 21 years later. Gems from this period include three complete Beethoven Concerto cycles, return visits to the major categories of Chopin's composition, and collaborations with the Guarneri Quartet. Rare recordings of live performancesselections from his 1961 marathon cycle at Carnegie Hall and complete recital programs from Moscow in 1964 and Pasadena in 1975 display Rubinstein's distinctive spontaneity and freshness in front of an audience. Volume 82, is a 2-CD bonus volume, containing one CD of recordings new to the Rubinstein discography, and one CD of interviews. In addition this collection has an accompanying book, which provides new documentary commentary by Daniel Barenboim, Zubin Mehta, Stanislaw Skrowaczewski, Arnold Steinhardt of the Guarneri Quartet, Donald Manildi, and the pianist's younger son, actor and composer John Rubinstein. The collection provides access to a vast majority of the piano repertoire, which includes, in addition to all the standard works, music by Albéniz, Debussy, Falla, Poulenc, Prokofiev, Rachmaninoff, Ravel, Saint-Saëns, Szymanowski and Villa-Lobos.

As an early exponent of their works, Rubinstein played an important role in their acceptance into the canon. Documentation of Brahms' & Schumann's Piano Traditions: Rubinstein's interpretive tradition can be traced directly back to Brahms via his mentor in Berlin, the violinist Joseph Joachim, and ultimately to Schumann via Brahms. Later, much of the set would be re-issued in standard jewel cases, but this is more luxurious packaging never before, and certainly never again, will these recordings receive such lavish issue. What was never re-issued again was the amazing 376-page hardbound companion book with a complete discography of the contents, appreciations and testimonials of Rubinstein's artistry, as well as interviews with the pianist and other documentary material.

The cabinet-like case is quite remarkable. It's measurements are as follows. There will be no additional charges. The gradations of condition I use are as follows: MINT, Near-Mint, Excellent, Very Good, Good, Fair, Poor. This set grades as NM - it is an unplayed copy and virtually like new.

The seller is "redgarnett" and is located in El Cros. This item can be shipped worldwide.